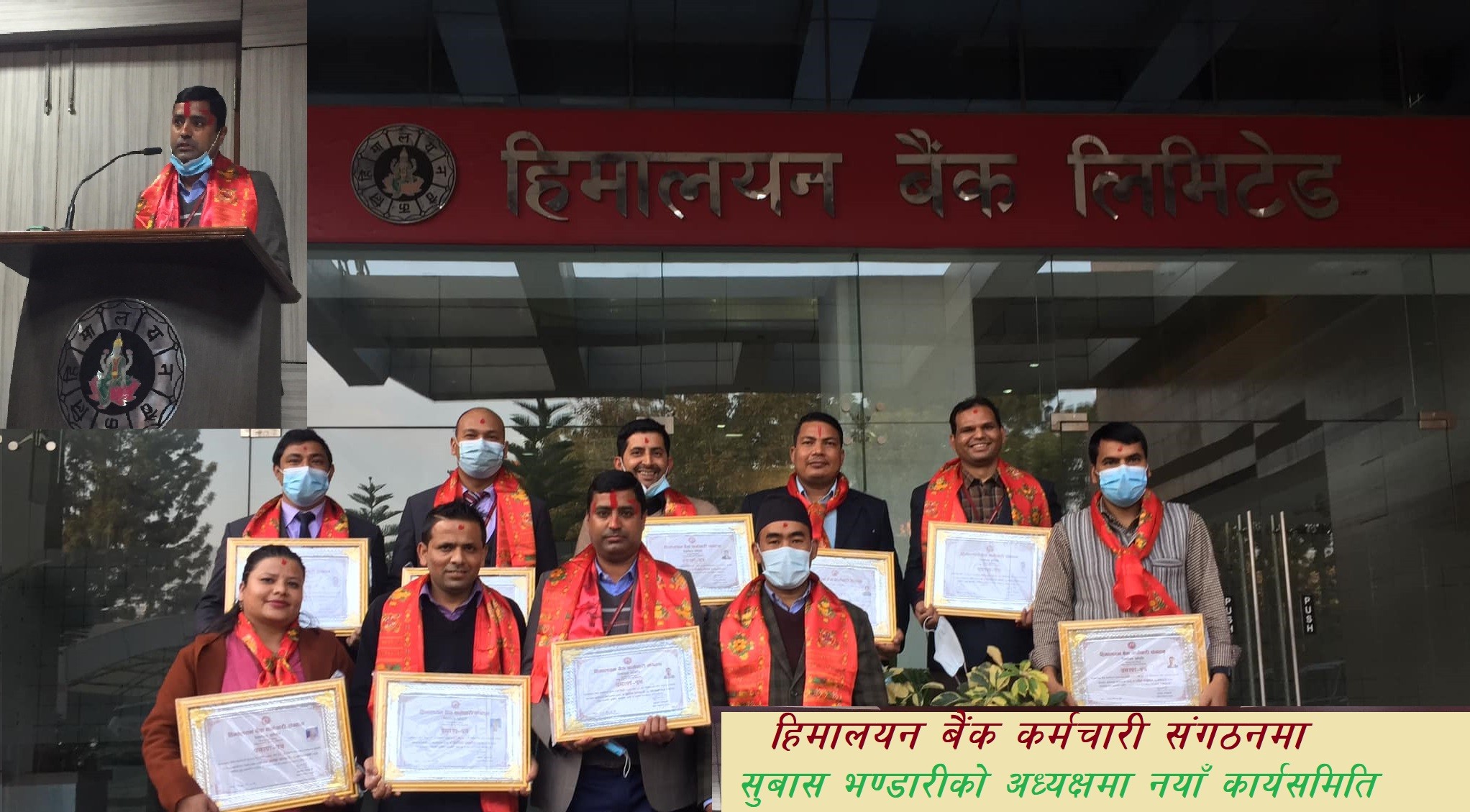 Kathmandu, Subash Bhandari has been elected as the chairman of the Himalayan Bank Employees Union from the 2078 election. A new 11-member working committee including Bhandari has been formed in the organization. The online election of the employees' union was held on the 22nd Poush 2078 this month. The newly elected working committee has Subash Bhandari as chairman, Suman Kumar Mishra as vice-chairman, Bharatraj Upreti as general secretary, Chhand Man Tamang as secretary, Archana Bhandari as treasurer, Akil Shrestha, Sharad Ranjitkar, Vishal Gautam, Madhusudan Tandukar, Bedanidhi Pokhrel and Ramesh Gajurel as members.

Speaking on the occasion, Chief Election Committee Prakash Bhandari  thanked to the bank management, IT Team and all voters  for making the online election a success.

Liquidity has increased in the bank, Now CD radio is below 90 Percent